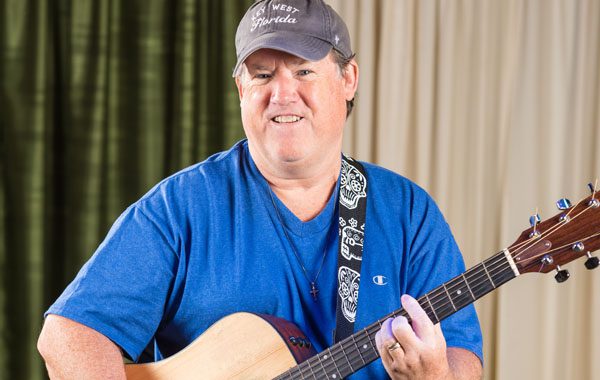 First job? Ever fired? Bartended in Ireland at 14, I’ve never been fired so far… ?

Does your guitar have a name? NOPE, but I do tend to call it “asshole” when I break a string..

Little known fact about yourself: I live on an island surrounded by gorgeous ocean, yet I get seasick VERY easily 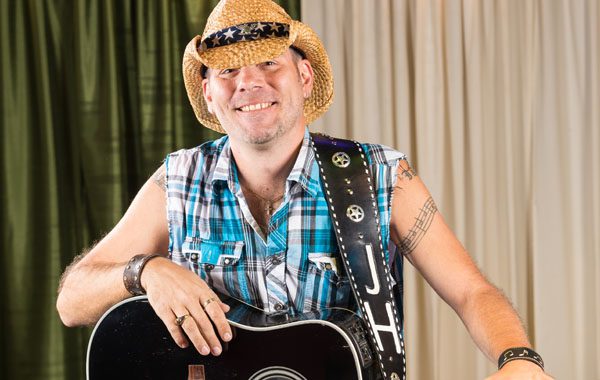 How long at Irish Kevin’s, and what brought you here? I’ve been playing at IK’s 12 years now, and was recommended by a fellow piano player friend from NYC when I lived in Nashville

Start to music? I started performing at age 5 at my elementary school talent show, learned to play guitar at 18.

First job? I picked strawberries in the summer for 5 cents a quart when I was very young. I was also a radio DJ

Best thing about being a musician? I get to travel the world and play for wonderful people doing what I love. I speak the language of the world: MUSIC. 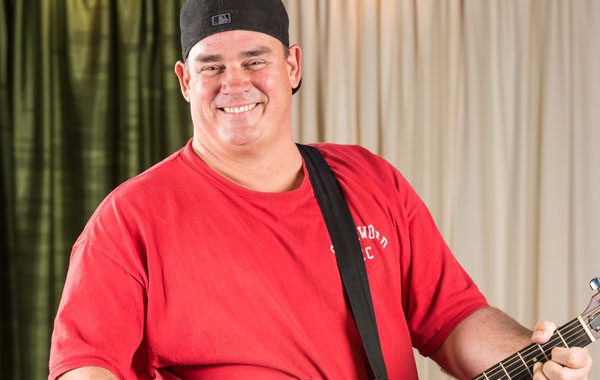 Start to music and inspirations? I started playing guitar in high school, I wanted to play heavy metalguitar like AC/DC, Judas Priest, OzzyOsbourne..

How do you best describe your show at Kevin’s? 5 chords and lines of bullshit

First job ever? Ever fired? Paper boy. I’ve been fired MANY times, mostly for oversleeping.

Favorite song to play? “I Melt With You” by Modern English

Does your guitar have a name? I call it names when I have trouble tuning it. Does that count?

Fun facts about Bradd: I was born the second day of Woodstock, August 16th, 1969. My first guitar was $15 at a garage sale (my mom said I’d never learn how to play it) 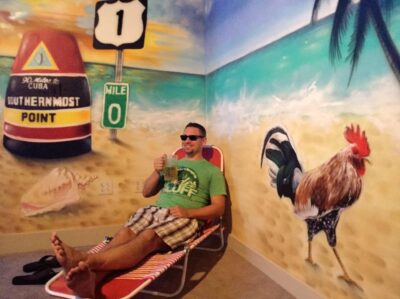 Info Coming soon…..whenever Joe decides to take a break from working so hard and cooking some of the best food on the island and answer our questions lol 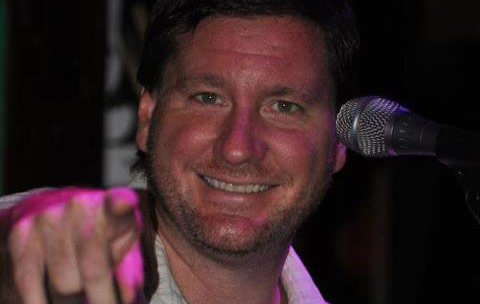 How long in Key West/Irish Kevin’s (and what brought you here) I have been in key west since 2006 and at Irish Kevin’s since about the same time. I was on a sailboat from Jacksonville to the Bahamas but when the captain got here I decided not to leave and neither did he. Within a week or two I was playing at several venues and eventually made my way to Irish Kevin’s!

Start to music/inspiration? I was 14 at the house of one of my Mom’s friends and her kids had an electric guitar that they were passing around. Unfortunately, when it got to be my turn it was time to leave. Months later I was supposed to go play basketball with a friend but when we got to his house I saw another electric guitar and could NOT put it down. He told me “you can take the guitar with you if we play some basketball right now!”. That was my first guitar, complete with 9v battery and built in speaker.

How would you describe your show to someone who’s never seen you perform? I truly try to do a one-man band show. An acoustic, midi synth and (sometimes) 3 loop stations going at the same time. It’s funny though with all the technical equipment the sounds I prefer are the ones hundreds of years old, violin, piano, congas etc. It’s amazing to me to be able to play piano and drums live on an acoustic.

Best story while playing at IK’s? When I first started I was doing security at the same time at Kevin’s. There were occasional days when I would play in the morning, go take a nap and come back to do security and have to (politely) tell people who had drank too much they had to go. It’s like “I know I’m part of the reason you are had so much to drink starting 8 hours ago but maybe it’s time to call it a night”.

Drink of choice? Either Fireball or Jägermeister. We have created a few crazy drinks throughout the years though, mainly the Powerdrill. It’s a screwdriver with Redbull. That will get you going real quick! 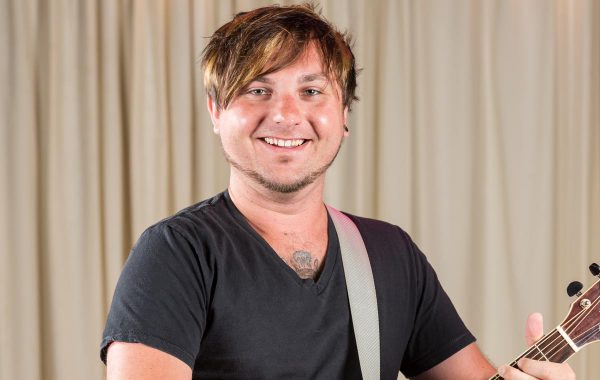 How long in Key West and Irish Kevin’s? I moved to Key West in March of 2010 from St. Louis, MO and immediately started to perform full time. I spent my first 3 years performing at another well known bar on Duval, then I joined the Irish Kevin’s family in June of 2013

Start to music? Inspriations? I started playing music at age 13 after my father bought me a guitar for my birthday. I took lessons for about 2 years, then self-taught after that. All of my original inspiration came from loud high-energy punk rock bands that I would see live back in St Louis. I’d like to say that music kept me out of trouble, but that would be a lie!

First job? Ever fired? I was hired at McDonalds at age 15. It was pretty fun actually-I was able to get 4 of my punk rock buddies hired as well. We would “accidentally acquire” cases of happy meal toys and give them away as gifts to anyone that came to watch our band perform. Never got fired, even though I probably should have!!

Best story while playing at Irish Kevin’s? Oh boy. There was once a group of military guys from The Wounded Warrior Project hanging at the bar. One gentleman in particular had a prosthetic leg, and he wanted to come up onstage with us. Wanting to recognize our military heroes, I happily obliged. Well, before I know it, he literally TAKES OFF his prosthetic leg, fills it up with beer, and hands it to me to drink out of it! I didn’t exactly know what to do at first…but who would say no to that?! It tasted a little salty, but was awesome at the same time..

Does your guitar have a name? The Gibson that I play on a regular basis has had many names, but lately I’ve just been referring to it as “Ol’ Faithful”

Drink of choice? I perform regularly at this awesome Irish bar, so obviously… Jameson!

Fun fact about yourself: I’m a HUGE Star Wars and a comic book fan. I may seem like a rock star while I’m onstage, but people seem to be surprised that I’m a pretty big dork at heart 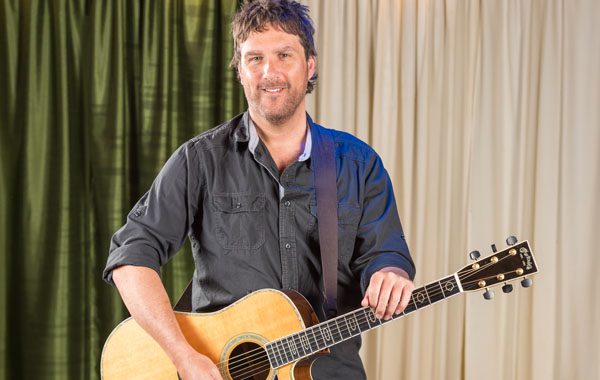 How long in Key West/Irish Kevin’s (and what brought you here)? I responded to an ad in an NYC newspaper in the summer of 2003, and was invited to Key West for an audition by Irish Kevin himself. Been here 12 years now!

Start to music/inspiration? I began playing guitar in bands in high school. I’ve always been inspired and personally influenced by the great baritone voices of Jim Morrison and Frank Sinatra. I also admire many of the amazing musicians (my friends) who perform at Kevin’s and all over Key West

How would you describe your show to someone who’s never seen you perform? I’ve always thought of my show to be the ultimate interactive music and comedy variety show. A no holds-barred (but playful) party for people on vacation. I’ll play your favorite bar sing-alongs, I’ll push your smut threshold…I’ll motor-boat your fiance’! It’ll be an experience you’ll never forget!

Best story while playing at IK’s? There are so many classic and HILARIOUS moments onstage over these 12 years. One of my favorites was on my birthday, my cousin and I did the “Carlton” and the Apache dance.

Drink of choice? chocolate milk with a straw..hasn’t changed since I was 6 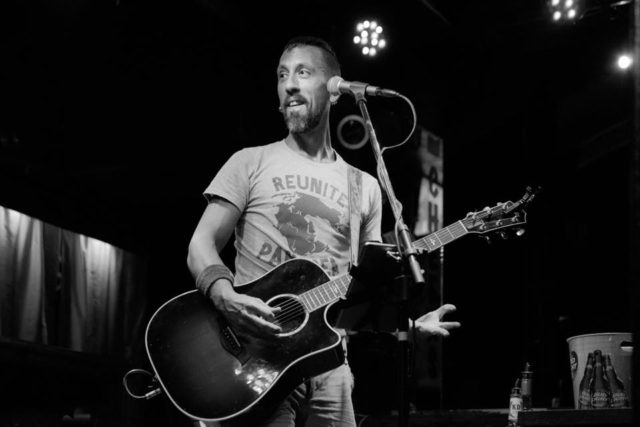 Oren hails from Frederick, Maryland. He joined our Irish Kevin’s family in 2016. His ecclectic mix of songs is a reflection of his appreciation of numerous genres of  music. Whether you see him perform in the morning, afternoon or after midnight, his high energy show will have you grooving! 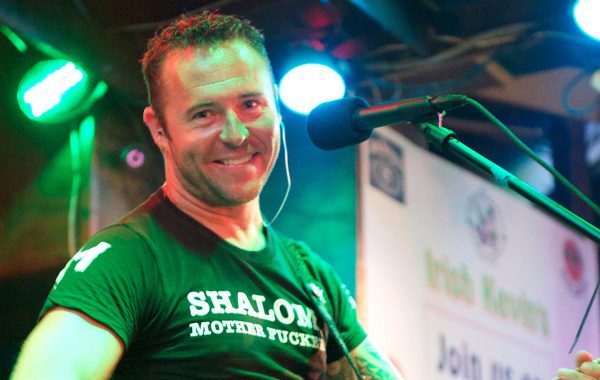 JMH was born in Evansville, IN and started playing in bars at the age of 16-before he was even legally allowed to be in them. He quickly discovered that they’d never card the entertainment.

Jared came to Key West on summer break from University of Florida Law, and stopped at Irish Kevin’s (which had been open ONE WEEK). That day, Irish Kevin himself had asked him to come onstage and play a few songs-JMH played here ever since. Jared claimed to be 90% awesome, and 30% fantastic (He was right). We miss him dearly.

Send us an
email